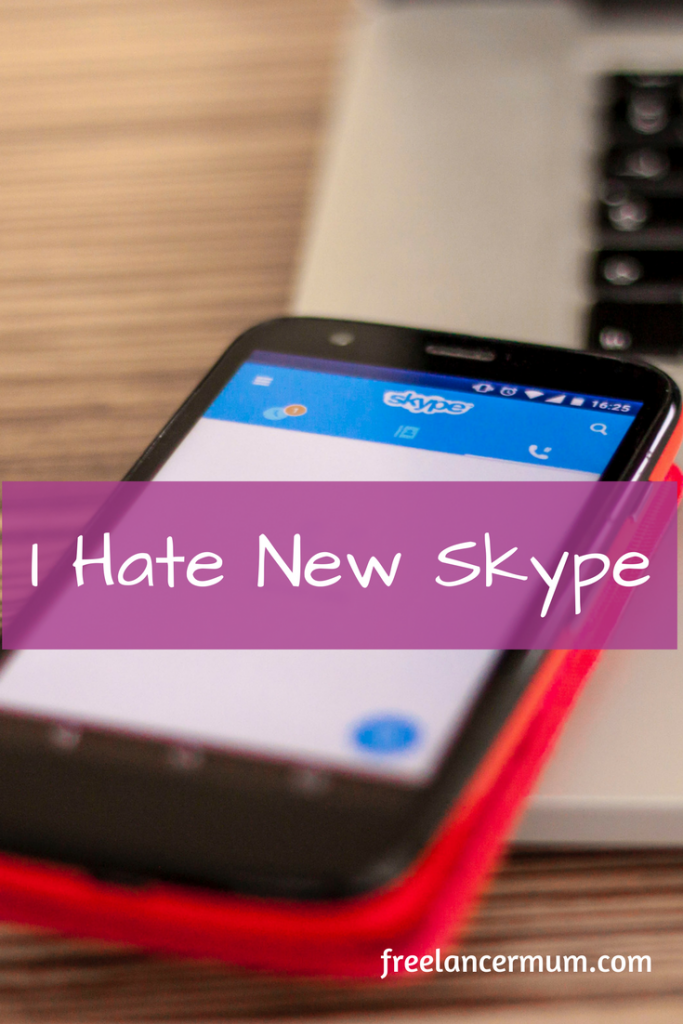 If you’re reading this post, then like me you hate new Skype and want to get old Skype back. The first time I got a nasty shock was when my Android phone updated and I got this ridiculous worm-like line wriggling endlessly. The new Skype promised better features and call quality but sending messages became painfully slow and the call quality didn’t improve one bit. In fact, it became worse. I was so annoying with the new Skype on my phone that I started looking for alternatives and found Wire, a nice app with private messaging features and brilliant call and video quality.

Then things got worse and Skype on my Macbook upgraded to the new desktop version. Not only was it the same teenage pop one, but it messed up a lot of settings. For example, the audio and video settings weren’t as extensive as before and I couldn’t see my mic level. Neither did I get the option to compensate low light conditions. But I simply tolerated it until my 77-year-old father got automatically upgraded. He couldn’t figure out the horrid new Skype version (and it promised to be more intuitive than ever before – ha!). So that’s when I started looking for a solution.

Well, I have some good news and some bad news. The good news is that you can still get old Skype for desktop – they call it Skype Classic and you can download it here. But if you’re looking for old Skype for your smartphone, then it’s pretty much no use. Even though you still can download Skype 7.46 APK from third-party sites, Microsoft says that it will disable logins from old versions. Here’s what Microsoft’s representative wrote on Microsoft forum in reply to a customer who wanted to downgrade:

So, there you go. As many a time before, Microsoft refuses to react to user feedback (read reviews on Google Play) and pushes the update regardless of what people think and want.

Update: the good news is that now Skype Lite is available on Google Play. I’ve tested it and it works well. A lot better than the bloated non-lite version. The funny thing is that Microsoft states that this version was built for India – as if people in other countries don’t need a boat-free version of the messenger they’ve been using for years.

Anyway, I hope this post helped you to at least get old Skype for your Windows or Mac. And I hope that the next Skype update will be a lot better than the one so many people hate.